My family seems to have a penchant for seeking out and dining in the good old restaurants of yester year. Last night was no exception. We set out to find Peng Catering Services & Restaurant which used to be at Lowland Road. With a bit of luck and some research, we found the relocated restaurant hidden amongst the small private estate of Realty Park some few kilometres away. It is easily accessible, but not easily visible unless you look hard enough. The restaurant has been around for more then 20 years and my parents have had fond memories of the food. The owner happens to be an old boy of my primary school.

We got there just after 7 and there were a few families having their dinner in the alfresco area(probably because it rained in the afternoon and it was cooling). We opted to sit indoors and were promptly ushered to an empty table. The interior of the restaurant was quite small with only about 8 tables. The table cloth reminded me of the flowery shower curtains I had when I was a kid. Being greedy, we ordered hotplate tofu with prawns, leather jacket fish with bittergourd, braised goose with tofu, stir fried kailan and topped it off with orh nee - a grand total of 5 dishes for 3 people!

The leather jacket fish with bittergourd was nicely done. The fish was fresh and the gravy was a little spicy. As this is the first time I've eaten this dish, I am not able to give an accurate comparison of it, but I do like it. The gravy for the hotplate tofu with prawns had this slightly smoked taste which I fancy, just that it was a little too salty. The prawns were HUGE, fresh and crunchy, but the tofu was just average. The stir fried kailan looked revitalised with its fresh shade of green, but imagine my dismay when it tasted like a slightly saltier version of the stir fried kailan available at your typical cooked food stall.

A good test of any teochew restaurant would be its braised goose and Orh Nee (To me at least) The braised goose came in a little silver platter and had chopped parsley and sesame seeds sprinkled on top to give it a nice aroma. However, it was just slightly above average, paling in comparison to the one I had at Guan Hin. The meat was thinly sliced, but didn't have much taste. It was also a little too fatty for my liking and the sesame seeds gave it a slightly weird sensation. The Orh Nee came in a small bowl with lots of coconut milk. I had expected the coconut milk to be drizzled onto the Orh Nee, not for the Orh Nee to be literally drowned in it. The paste was a little rough, unlike the smooth goodness I had at Guan Hin. Nevertheless, some credit is due here as the serving of Orh Nee is reasonably big and its not as sweet as some of the other Orh Nee that I have eaten.

It didn't cost us an arm or a leg for our dinner and surprisingly, we managed to polish off all the dishes without too much difficulty. The bill came up to about $58, which was pretty reasonable, considering the quantity and quality of food we had ordered. No service charge is also a plus. Food in general is slightly above average. Try it out if you like value for money food and a homely environment to boot. We will be going back soon to try the other stuff that Peng has to offer(we particularly like the sound of the premium shark's fin soup which must be pre ordered) 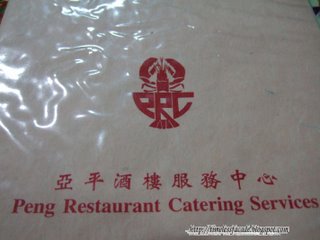 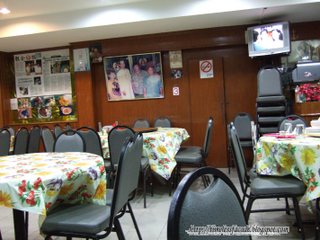 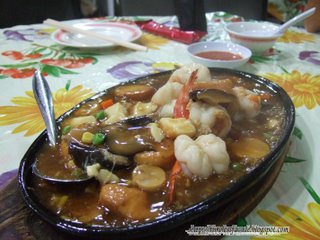 The hotplate tofu with prawns 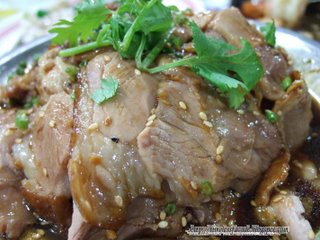 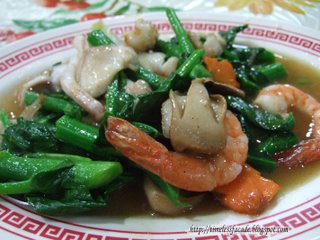 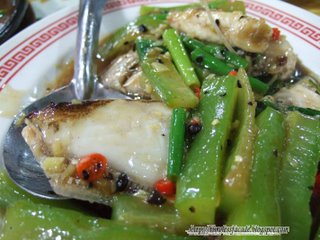 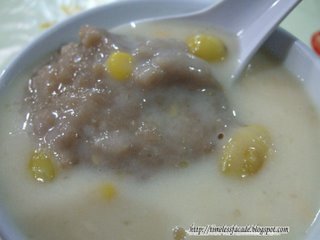