Was in the vicinity of Funan today so decided to check out Surf 'N' Turf with my gf as I had the OCBC $20 discount voucher. The place was empty except for one couple when we arrived at about 1900hrs. We were greeted very politely and shown to the table of our choice. After a discussion with the friendly waiter, we ordered the Prawn Thermidor and the Hickory smoked BBQ half chicken set meals, which included a soup and a soft drink. Both of us chose the mushroom soup.

The mushroom soup looked like it was made from fresh grated mushrooms, but to my dismay, it wasn't. I could hardly taste any mushroom at all and the soup sort of clumped together, which could only mean that it came straight out of a can and the cook didn't stir enough. Taste wise was still acceptable.

The Prawn Thermidor looked good with its creamy sauce over rice and lots of prawns on top. It tasted like baked rice which I do fancy quite a bit. But too much of the creamy sauce made me and my gf pretty woozy and the prawns weren't really fresh, though they didn't taste bad - frozen prawns is my guess. The Hickory smoked BBQ chicken had lots of meat and sauce to boot, but the sauce was a little too strong for my liking. Having said that, I think its pretty alright overall.

To wrap things up, we ordered the mudpie, which was quite a size - comparable to the one at NYDC. Honestly, I've never been able to differentiate between mud pies and this one tasted like the one I had at NYDC some years back. But at $8.90, I guess its cheaper than the one at NYDC.

Now here comes the reason why you should visit this place. The price isn't cheap - standard Swensens kind of price, but service is excellent (I'm only talking about the Funan outlet) The waiter was friendly, obliging, but never intrusive. To top it off, he even offered me (without my knowledge until I received the bill) the 40% discount on the dessert promotion which was only available after 2030hrs even though I ordered the mud pie at about 1950hrs! Some people might say I'm cheap, but hey, I'd say its the little gestures like these that count.

I'm not promoting this place, as in my humble opinion, the food is just average. But its the service that makes it shine. So take your chances. :)

The pictures are below, but sorry for the low quality pictures as I didn't bring my camera with me today, so had to resort to using my handphone camera. 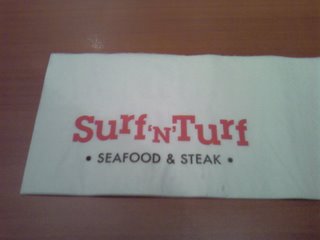 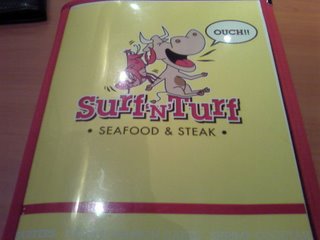 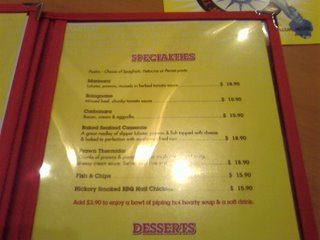 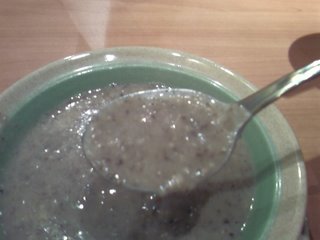 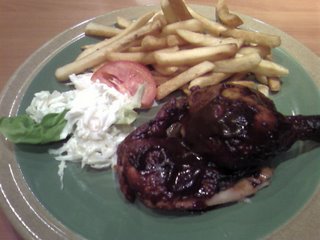 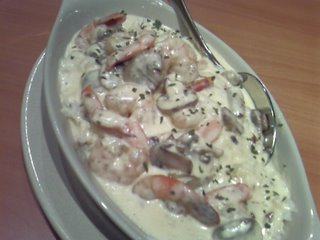 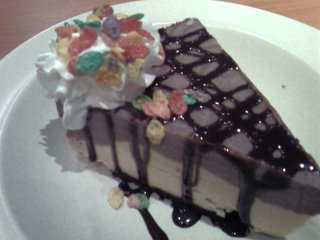 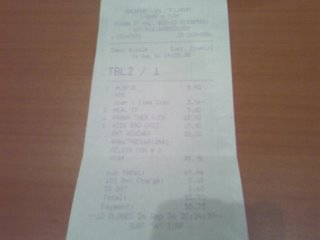 I haven't been there in a while, but I remember their chicken filet being quite juicy. It was one of the reasons that I patronised this place a few times. All in all, I feel that this place is better than Swensens.

Oh hey you are here. Ya I guess its better then swensens, but sad to say, many people still prefer Swensens over it, probably due to the desserts?

I don't know about the desserts at Swensens actually. Nothing there really interest me these days. I remember them being a nice place to go to as a child when my parents brought me there. Today's Swensen is a shadow of the past.

Yep I remember swensens as a nice place to go when I was young. But that was eons ago. And in those days, there were very few swensens around.