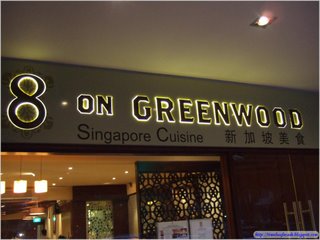 My gf and I agreed on 8 on Greenwood at Greenwood Avenue for dinner. Nestled amongst the upclass enclave of private houses, 8 on Greenwood is a relatively new and unknown eatery as compared to some of its more illustrious neighbours like Shiro Haute Japanese Cuisine and Sebastians. Its main draw is its menu which is changed once every fortnight and its reasonable pricing. Made a reservation for 1900hrs and arrived promptly. We were greeted by a very friendly waitress and shown to our seats. Decor was simple and low key with the cream coloured walls and wooden furnishing. We had the set menu, which had a grand total of 12 items, including a soup, appetiser, mains and dessert. Being lazy, I shall not name all of the items but will only highlight the hits and the misses.

The Chef's soup of the day was watercress soup, which was light and refreshing. A nice way to start the dinner. I did find it a little too salty though. The Savoury Pork Galette was too dry on the outside, but nicely done on the inside, with juices flowing from within with each bite. The Steam Sea Bass Fillet in Pineapple and Plum Sauce was pretty good, with the sauces complementing the sweetness of the Sea Bass.

First looks at the Spiced Beef in Yogurt-Creamed Spinach was a major turn off. It looked like pieces of mud. Well appearances can be deceiving and the beef was soft and tender. The thick gravy was a little too strong for my liking though. The Nonya Chicken with Lengkuas and Chilli had an overwhelming coconut milk taste about it and overpowered the basic taste of the chicken. But somehow or rather, my gf and I liked it. The other main dishes were just average and didn't deviate much from the norm.

Highlight of the entire meal goes to the dessert - Pandan Crème Brulee. I have no idea how Pandan Crème Brulee is supposed to taste like, but one thing's for sure. I did not taste any pandan in the Crème Brulee. There was merely a blade of pandan leave on the top of the Crème Brulee, which I prompty removed with ease. The Crème Brulee was soft and quivery with a delightfully smooth texture. Coupled with a thin layer of nicely burnt sugar coating and TADA, you get a great dessert to round up the whole meal. This is one of the better Crème Brulees that I have tried so far.

Bill came up to about $74 for 2 pax inclusive of a drink each. Price wise, it is a little on the high side, especially when the portions are quite small. You might have to eat more rice to fill up that gap. However the service is good and it is a nice place to chill out. So I guess that probably makes up for it. Food is rather average though, but a plus point is the ever changing menu. 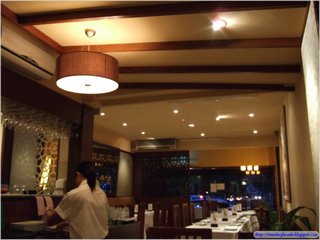 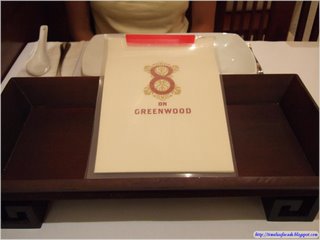 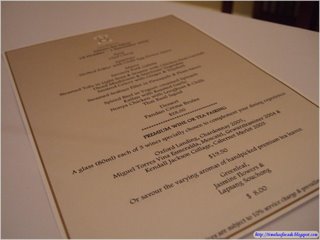 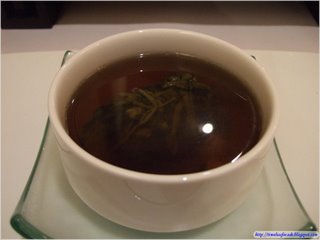 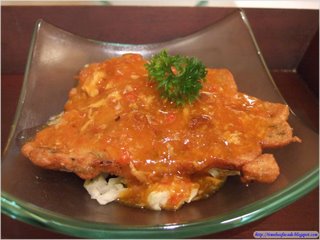 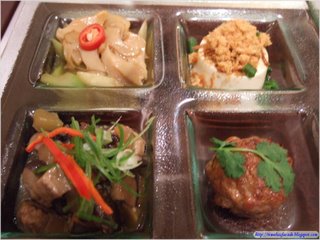 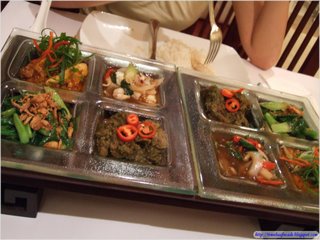 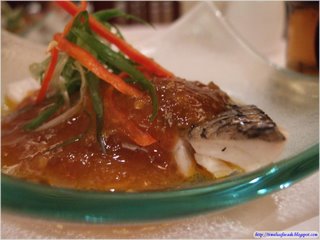 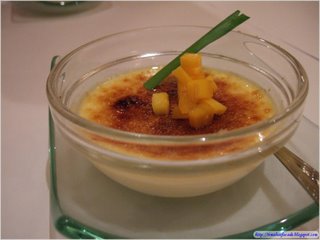 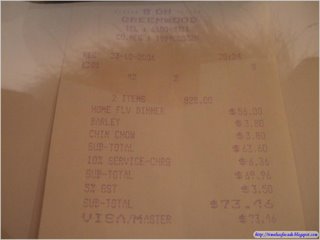 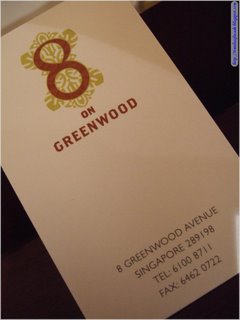 Address: 8 Greenwood Ave. Valet Parking available for a small tip.
Posted by fatpig at 12:44 AM

Ya for the food its quite expensive. But just for the experience. Don't think I'll be going back soon though they gave me a 10% discount card. lol.