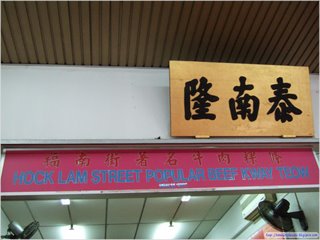 Had a craving for Beef Kway Teow so headed down to Hock Lam @ Purvis Street to try it out. For those who didn't know, Hock Lam has 2 branches - One near Far East Square and the other at Purvis Street. They are opened by 2 brothers and apparently are at loggerheads with each other, with both claiming to be the authentic one. Anyways family fueds aside, I had the Beef Kway Teow Soup whereas my friend had the dry version. At $5/- a bowl, it certainly wasn't in the running for the value for money award. I personally like the soup which is quite light yet flavourful. The beef was thinly sliced and tasted quite good when eaten in a bunch. However, the quantity of beef was pretty limited. I have no idea about the dry version as I've not tried it. But as with the soup version, both were hardly filling. 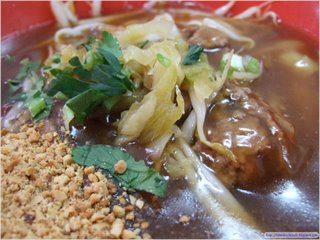 The dry version of the Beef Kway Teow 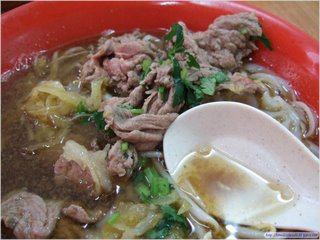 The soup version of the Beef Kway Teow