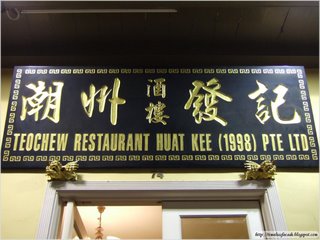 The hunt for the best Teochew restaurant goes on, this time with 5 of us trying out Huat Kee for dinner after numerous discussions. Located at the beginning of Amoy Street near Amoy Street Food Centre and just up the road from Beng Hiang, Huat Kee spans two shop house units and offers the option of dining on the first or second floor. (We didn’t get that option though, presumably due to the second floor being booked for a function) The place was about three quarters filled when we got there at about 1900hrs. Ordering was a breeze and we settled for Braised Goose Meat, White Bait Omelette, Ha Zor (Prawn Roll I think), Lemon Chicken and Orh Nee (Yam Paste).

Braised Goose has always been one of my favourite dishes and Huat Kee’s version didn’t disappoint. The meat was nicely cooked with a minimal fat under the skin. It is as good as Guan Hin’s offering, but still pales in comparison to Hung Kang’s version. However, the beancurd that came with it was horrible. It was harder than I had expected it to be. And I was not alone in making that comment. The White Bait Omelette tasted like your ordinary omelette. There was no noticeable Silver Fish taste and all I could taste was the very well fried egg.

Initially when we ordered the Ha Zor, the waitress asked if we would like our Ha Zor to come with a serving of some seafood roll (didn’t catch the name) and in a moment of folly, we agreed. The seafood roll was unappetising to say the least. It looked like a mumbo jumbo of chilli, chestnut and some other stuff none of us could make out. Taste wise was pretty bland. The Ha Zor was good though, golden brown and light on the taste buds, the epitome of Teochew cooking, which emphasises on lighter flavours. However, I did find it a little too "Qing Dan" (bland or light) for me and would prefer the one at Beng Hiang which is slightly heavier on the seasonings.

The Lemon Chicken was slightly different from the Lemon Chicken that we were used to. The lemon sauce wasn’t the least bit sweet. Instead it was subtlety sour from the thinly cut lemons by the side. The chicken’s skin was a little crispy, which I personally like, but all in all a pretty average dish. My dinner companions couldn’t quite get used to the non-sweet Lemon Chicken though.

As mentioned before, I firmly believe in using Orh Nee (Yam Paste) as one of the yardsticks to gauge the quality of Teochew restaurants, that’s why I always make it a point to order my favourite dish. I am pleased to present Huat Kee’s Orh Nee as one of the best that I’ve ever reviewed to date. The paste is extremely smooth and sticky and trust me, its bowl licking good! The squeaky clean bowls were testament to that. (a good thing that my gf can’t stand Orh Nee, which means more for me. =P) The only bone I had was that it came with Gingko Nuts and Pumpkin when I specifically requested for no Pumpkin when ordering. Oh and the Pumpkin was gross by the way.

An enjoyable and filling meal set us back by about $87 for 5 pax. Pretty reasonable considering the quality of food. Service needs to buck up a little, but generally still acceptable. I’ll stick my neck out and recommend a try on this one, especially for the Orh Nee. 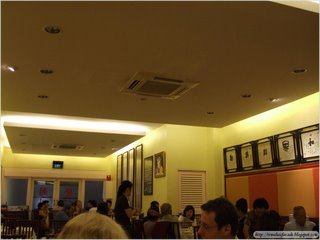 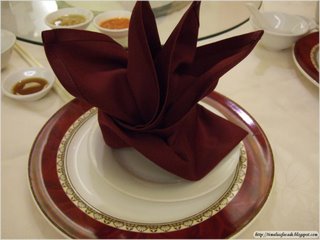 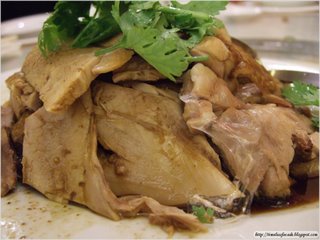 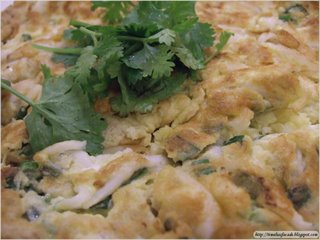 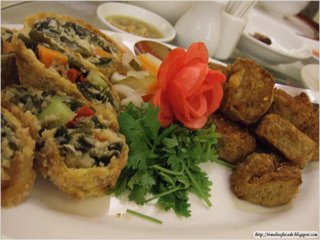 Ha Zor with some seafood roll 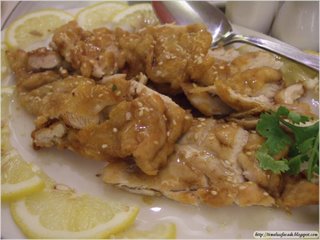 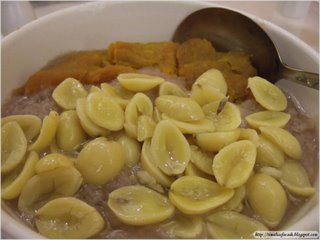 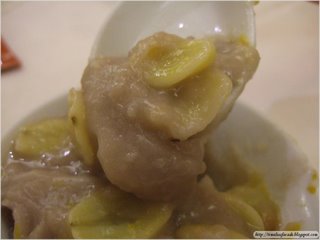 Close up of the Orh Nee 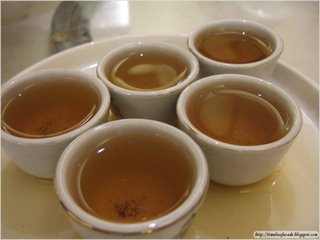 Concentrated tea to wash down our dinner 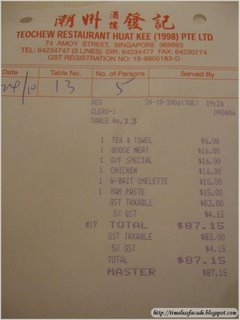 Should review the restaurant again. Much has changed since 2006. Also should try the steamed promfret and the roast pig as well as the shark fin. Very good. Lemon chicken doesn't quite do the restaurant justice.