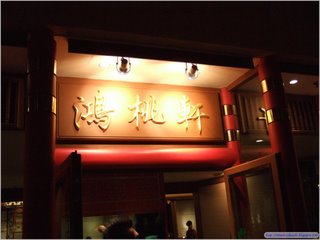 Peach Blossoms is the flagship Chinese restaurant of Marina Mandarin Singapore. With a grand interior that oozes elegance and opulence, it serves up fine Cantonese cuisine with Chef Ng at its helm. And so it was with much anticipation that my gf and I made our way there on a Saturday evening for dinner. No reservations were made as it was really a last minute decision.

The place was practically empty when we arrived at about 1930hrs, but it started filling up at 2000hrs, which is pretty late for dinner I think. The interior was simply stunning with its sombre traditional Chinese theme that subtly hints of royalty. Waitresses dressed in Cheongsams and waiters decked out in black suits completed the picture. Service was prompt and attentive, but could do with a little lesson in friendliness. Peach Blossoms didn't have any set menus, thus we had to go Ala Carte. From the Chef Specialities menu, we ordered the Steamed Cod with Preserved Vegetables wrapped with bamboo leaf and the Tea Smoked Duck marinated with Fermented Rice Residue. From recommendations, we had the Fried Rice Yang Chow style as well, which wasn't in the menu. For desserts, we had the Red Bean Paste Pancake and a concoction of Luo Han Guo and Chrysanthemum to wash things down.

Steamed Cod with Preserved Vegetables seemed pretty interesting, as the saltiness of the vegetables would have balanced out the fishiness of the fish. However, the one we had was disappointing. The fish was fresh, no doubt, but the preserved vegetables didn't do a good job of curtailing the fishy taste, which left a distasteful taste in my mouth. (I'm not one who likes fishy stuff) I must admit that the dish is something different though and provides a refreshing way to eat cod, but it needs a little improvement. The Tea Smoked Duck was a let down really. The duck was too dry and tough and there was no tea taste at all. Compared to this, the one at Szechuan Court now seems so much better. I did like the dish layout though. The Yang Chow Fried Rice came last and it looked like a work of labour. It was evenly fried and every grain of rice glistened with colour. The Char Siew was finely diced and generous. However, this is where the compliments end and the grouses start. The fried rice was almost tasteless! But to give it credit, it does have that wee bit of "Wok Hei" taste, which many fried rice nowadays lack. I found the Red Bean Paste Pancake's crust a little too thin, but it was light and flaky. Pretty decent but I prefer the one at Szechuan Court over it any day.

At about $106 for 2 pax, Peach Blossoms is definitely not cheap, but it's not terribly expensive also. The food is just average, which is a sheer pity. Given the exquisite setting, I would have been a regular patron if the food had been up to the mark. Try it if you have a little spare cash to splurge, want a nice place to enjoy a dinner with your other half and aren't too particular about food. Do note that the portions are quite small, so be prepared to order more. 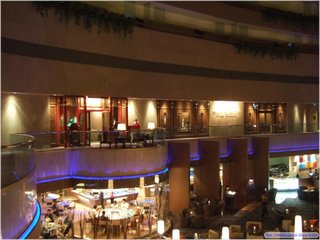 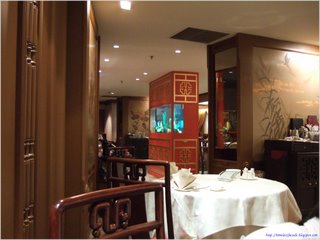 Part of the interior 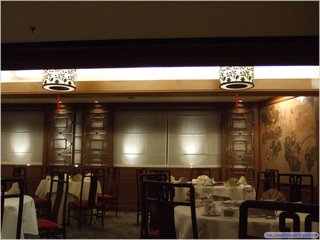 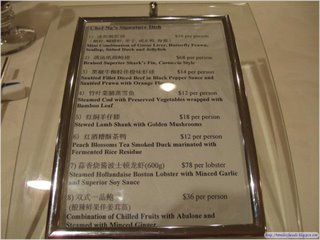 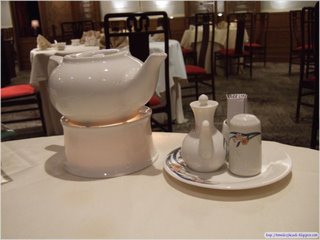 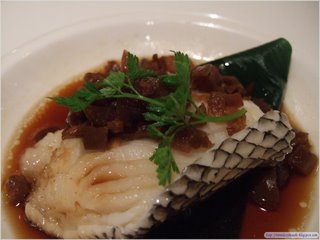 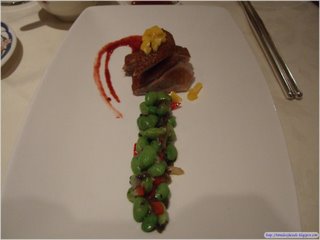 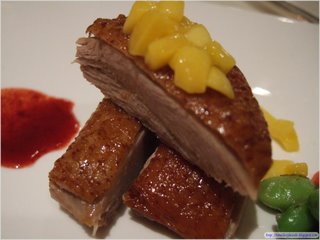 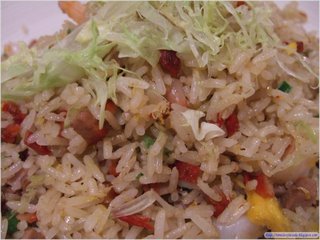 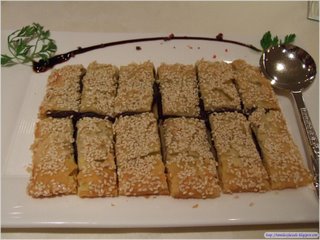 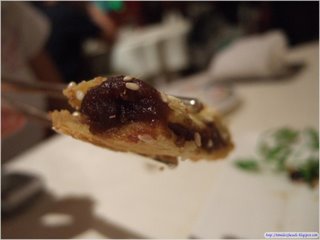 Close up of the Red Bean Paste Pancake 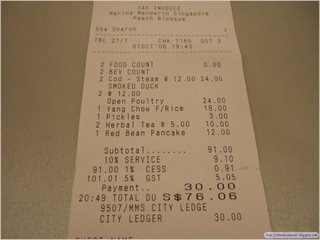