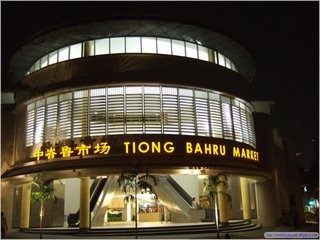 Was at Tiong Bahru Market with my gf last night for dinner. I haven't been there since the cramped and stuffy old premises were demolished to make way for this spanking new and airy two-storey building. When we got there at about 1830hrs, about a third of the stalls were closed and there was an abundance of seats around. 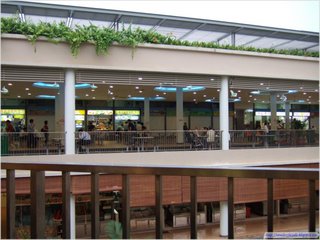 Not wanting to confine ourselves to any one dish, we ordered food from various stalls to sample. (The food stalls sell pretty similar food, so there wasn't much of a choice either) We had Roast Duck Rice, Fried Black Carrot Cake, Char Siew Chee Cheong Fun, BBQ Chicken Wings and for desserts, Ice Jelly and Dino Ice Kachang. 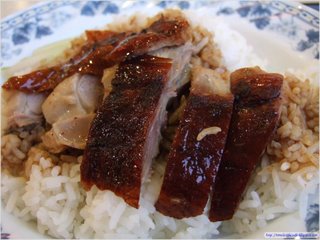 The Roast Duck Rice was disappointing really. It had looked good with its glistening skin, which looked really crispy. But the sad truth was, it wasn't. And at $3, not cheap, considering the meagre pieces of duck that was given. 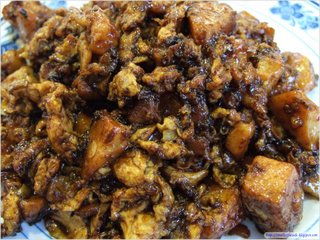 The Black Carrot Cake was pretty normal but there was quite a bit of egg in it, which I personally like and at $2 for a huge plate, fairly reasonably priced. 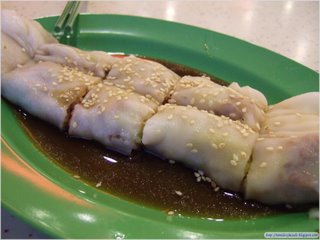 This Char Siew Chee Cheong Fun was a little different. It had lettuce in it, which actually formed quite a decent combination with the Char Siew. The gravy was light and not too salty. Pity about the average Chee Cheong Fun though. It was a little too thick for my liking and not very smooth. $2.50 is a little on the high side although it is quite a size. 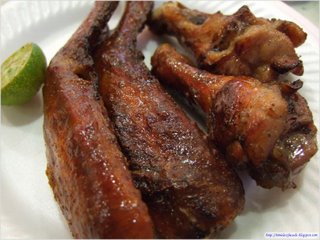 BBQ Chicken Wings are a nice addition to any dinner and I found these ones better then your average wings. I liked it because the skin was a little dry and crispy, unlike the usual moist ones. Standard price of $1/wing applies. 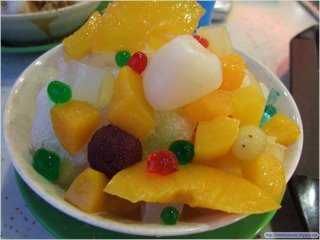 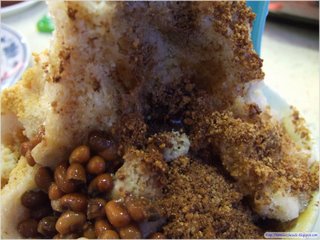 Total bill for the night came to a grand total of $13/- for 2 pax. Ahh, the good old hawkers. No exorbitant prices last time I checked. Will try the Lor Mee the next time I'm in the area.

Wah, you went there and didn't order the Chwee Kuey?

I think the Chwee Kuey abit overhyped. My parents tell me its the chilli that makes it stand out, but I don't take chilli. haha. Besides, there are now 2 stalls there with no queues at all. So I'm a little skeptical.

You did not try the fried ice cream there? Heard its not bad. I think located at the malay stall. Still cant find a chance to try it...

The fried ice cream closed down a long time ago, even before the old market was demolished to make way for the new one.

Chwee Kuey is too over rated... Same for Tiong Bahru Pau... Over rated! Anyway, do u mean the lor mee at bt ho swee? The guy who use to cook the lor mee has pass away due to heart attack, his mum is taking over the place from wad i heard... Not as nice already.. But still worth a try... If u mean the Tiong Bahru Market one, den i dunnoe le...